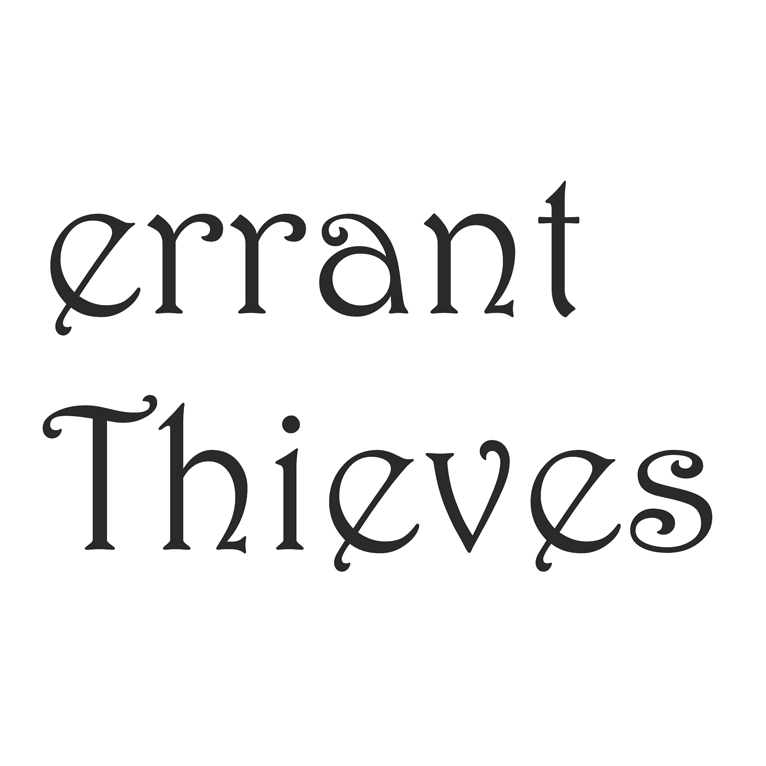 Errant Thieves are four great pals from the Penrith area of Cumbria. The two 'Petes' first played together in Green Man's Apprentice, whilst sisters Gwen and June were playing in The Misdemeanours.

They all came together as part of a song project in 2018 and had too much fun to stop there. Errant Thieves were born and, since then, they have played in folk clubs, festivals, band stands, radio studios and arts venues from Edinburgh to Oxford. They mix rootsy Americana (albeit with a rather British accent!) with obscure covers, bluegrass, reworked classics and their own creations, all with huge helpings of good fun and they love to have a crack with the audience at gigs.

Banjo-uke, guitars, fiddle, double bass, cuatro and all manner of percussive objects blend with four harmonising voices to create deep, warm textures. Expect eclectic sets with everything from contemplative to flat-out, foot-stomping numbers. Errant Thieves have just finished recording their first album which will be available during spring 2022. 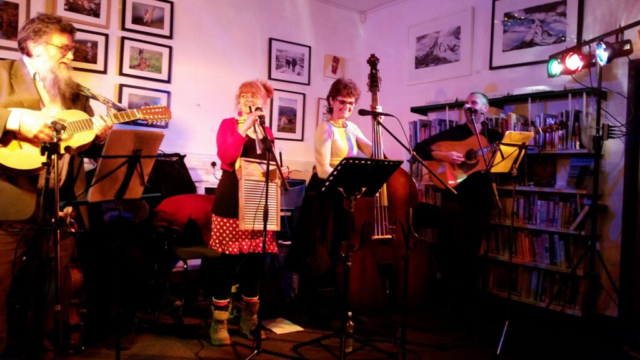 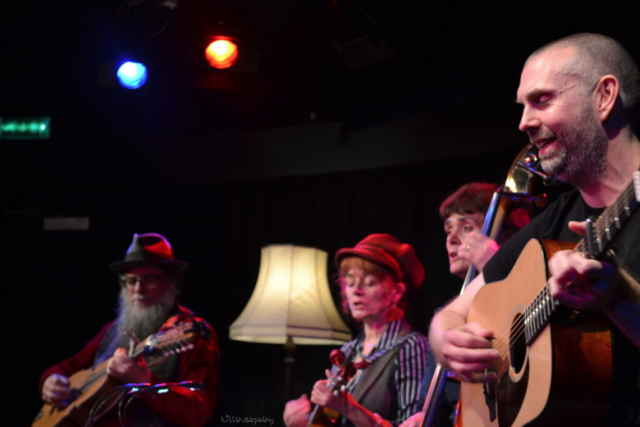 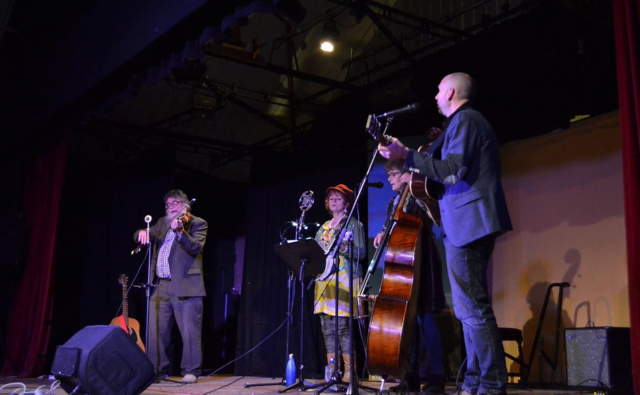 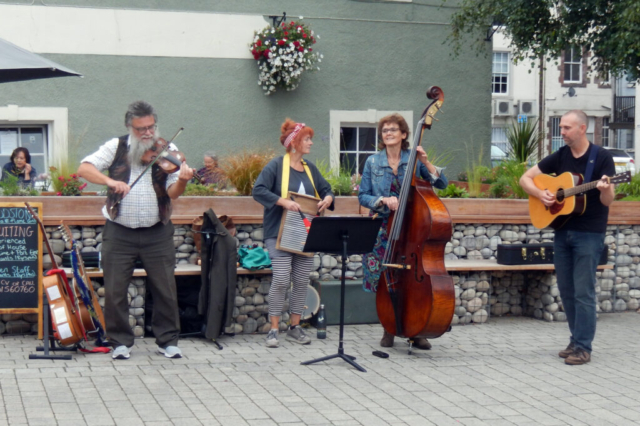